The Letters on the Avenue initiative consisted on an alternative to the traditional Porto’s Book Fair, which didn’t happen in 2013, and contaminated, culturally speaking, the downtown of Porto, with a special program that involved literary gatherings, music, poetic performances, meetings with authors, autograph sessions and book launches.

The event brought together about a hundred entities, including the famous bookshops Livraria Lello and Poetria, a few booksellers, the Casa da Moeda National Press (INCM), Bairro dos Livros, the University of Porto, the Piaget Institute, the Cineclube and Inatel. In addition, it featured the participation of over 50 publishing houses, represented through Porto’s own bookshops – an innovation that came to be regularly implemented by Porto’s City Hall (CMPorto).

Bairro dos Livros was responsible for the cultural programming of the initiative and for organizing the fair, together with the city’s own bookkeepers. 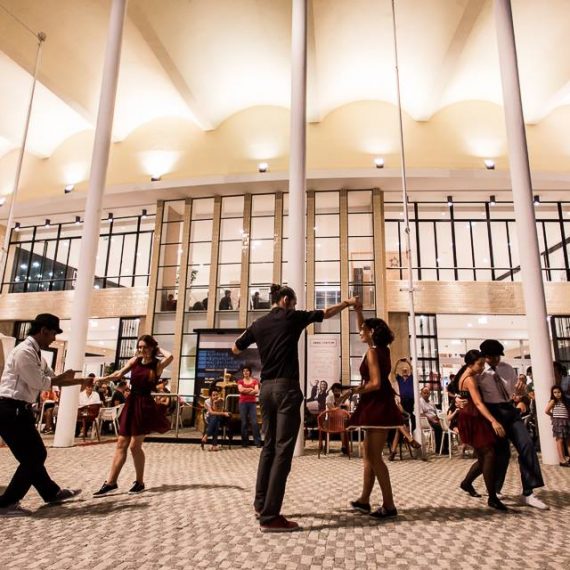 “Reading is rocking out” Book Festival